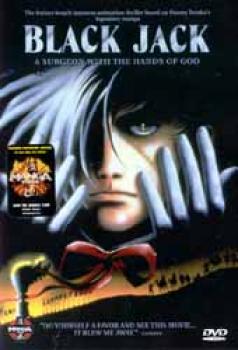 E.R. eat your heart out! There are some people conventional medicine cannot help. Victims of chance, conspiracy, and nature ¿ bloody accidents, ectopic pregnancies, psychosomatic deformities ¿ they have been abandoned by ordinary doctors. But for Black Jack, a brilliant, scarred, unlicensed surgeon, no case is too bizarre and no operation too risky! 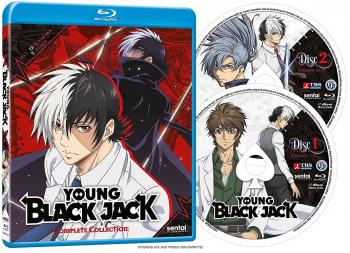 Black Jack was created by the late Osamu Tezuka's also known as &quot;The God of Manga&quot;, many say if it wasn't for Osamu Tezuka, the Manga and Anime industry would not have been as great as it is today.

Before Osamu Tezuka started doing Manga he was a doctor, that's why this is anime is so amazing.
With some fantasy that are very difficult or quite impossible to do, all the procedures are as close to reality as it can be drawn manga-style, Osamu Dezaki the Director is a protege of Osamu Tezuka and thus has kept it to the view of Osamu Tezuka so we can savely assume it's as close to the manga as possible.

The DVD case has an excilent release system so there's no chance of breaking it.
(I have encountered some very bad DVD / CD cases and managed to break a CD because it wouldn't come out of the case, hence why I mention this).

There loads of special features, including a catalogue, web links, commercial movies and more!

You can scene-select and select different quality sound, Japanese language or English and subtitles on or off for English subtitles.

Many animes are under-rated and / or forgotten and this unfortunantly is one of them, which is such a bad thing for it's an amazing psychological thriller, no doubt Osamu Tezuka was a fan of Hitchcock and I highly recommand this to anyone, not just the &quot;Otaku's&quot; under us, I'm sure even people that have never seen an anime would be blown away by this one, especially if they are a fan of thrillers.