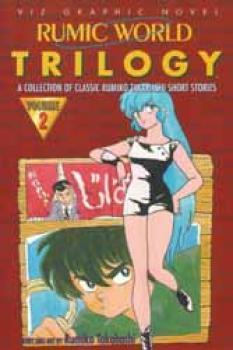 Classic short stories by the most popular female manga artist!

This volume contains seven humorous tales reprinted from the pages of Manga Vizion, North America&#39;s monthly manga anthology. They&#39;re wacky, they&#39;re outrageous, and they&#39;re all takahashi!<UL><LI>Wasted minds (five-part miniseries)
A pair of bumbling secret agents with rather impractical psychic abilities (one can teleport, but only from one garbage heap to the next) stumble on the solutions to various mysteries involving an equally incompetent secret organization!<LI>The golden gods of poverty
A young man appeals to the Seven lucky Gods for help. Unfortunately, the greedy deities have run out of luck ¿ of the &quotgoog&quot variety at least!<LI>the entrepreneurial spirit
A high school girl&#39;s séance manages to raise the spirits of the dead ¿ inadvertently lowering the spirits of the living!</UL>