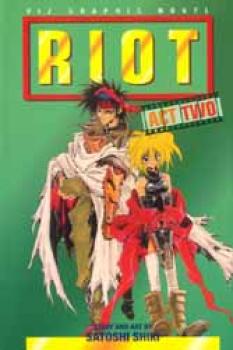 En route to the realm of the Eastern Church, home of Riot&#39;s counter-part, the sacred text Phantom, our heroes are waylaid by a band of relentless bounty hunters bent on collecting the price on Billy&#39;s head! Then Axel becomes easy picking for a lunatic named the Lion King and two of his ruthless (not to mention butt-ugly) cronies. Unfortunately, to bestow invulnerability on Billy, Riot had to take it away from Axel¿

plus, a short story revealing the secret of svelte (and fanged) Ziggy&#39;s first encounter with billy!