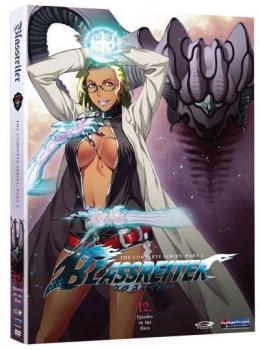 The end is near , and only the pale rider has the power to stop it. Joseph Jobson races against death in a desperate attempt to halt the spread of a genetically engineered plague of doom. Victims of this devious experimentation are driven to madness by grotesque mutations and violent outbreaks of rage. Their only hope for survival lies in the mutated genes coursing through Jobson's own tainted veins. Though he carries the plague, Jobson must ride his GARM motorcycle into battle and sacrifice himself for the redemption of a demented gene pool. Joseph Jobson is the savior of the world. He is the Blassreiter.