No need for Tenchi vol 1 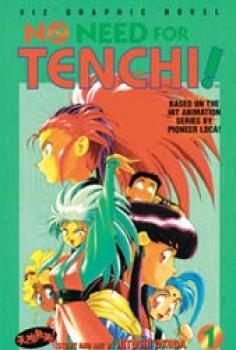 No need for Tenchi vol 1

Other items in Tenchi Muyo manga US

All your favorite characters from Pioneer LDCA&#39;s hit comedy anime series NO NEED FOR TENCHI! Have squeezed into this volume!

The hilarious TENCHI graphic novel picks up where the first six animation episodes left off. The trouble and fun began when high school student Tenchi inadvertently released the legendary demon Ryoko from his grandfather&#39;s shrine. Turned out Ryoko was actually a marooned space pirate! Since she has become Tenchi&#39;s unwanted house guest, she has made it her duty to tease the hapless youth whenever possible. And soon other alien women came to plague Tenchi: Ayeka, an alien princess; Sasami, her mischievous sister; and Washu, Ryoko&#39;s mad scientist &quotmother&quot. Not to mention Ryo-Oh-Ki, that adorable little spaceship who looks like a cross between a cat and a rabbit.

Since their epic battle with kagato, things haven&#39;t quieted down in the least. Now Tenchi&#39;s troubles double ¿ in the form of Minagi, a dead ringer for Ryoko, who attacks our hapless friends and then conveniently develops amnesia. Turns out she&#39;s just a pawn of alien warrior Yakage, who arrives soon after in hopes of stealing Tenchi&#39;s miraculous sword and kidnapping beautiful princess Ayeka! 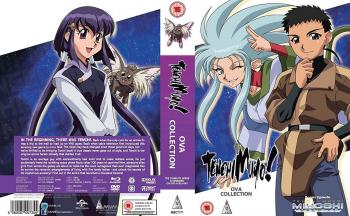