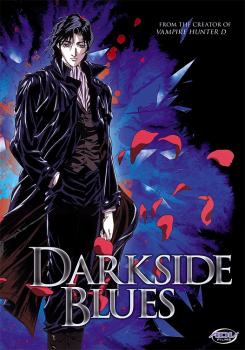 In the gothic landscape of the future, the Persona Century Corporation owns 99% of the world. They thought they wielded absolute power. They were wrong. There are isolated regions of the world which are beyond the Corporation's claw-like reach. One of these urban pockets of rebellion is a dangerous and lawless free-zone: Kabuki Town - also known as the Darkside of Tokyo. Free of the Persona's storm troopers, Kabuki Town has become an anarchistic haven for misfits, violent criminals, and idealistic rebels. Now, the time of reckoning has come. A mysterious figure has appeared - a dark mystic with the power to break the Persona's grasp on the world. But the Corporation is aware of the threat he poses, and they have an army of super-human assassins and the resources of an entire world to throw against him. Can one mystic and a small band of rebels stand against a global dictatorship?