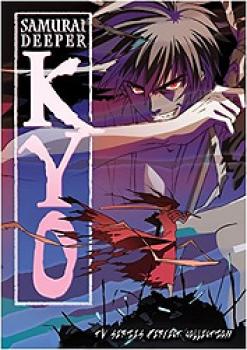 The epic samurai anime series, now in space-saving slimmer packaging. During the epic battle of Sekigahara, two samurai face off outside of history. The heated duel between Kyoshiro and Demon Eyes Kyo is interrupted when a falling star slams into the plains, shattering the ground and engulfing both of them. Years later, Kyoshiro, now a medicine man, wanders the land with a forgotten past. Hidden deep inside him is the soul of his old opponent, Kyo, slayer of a thousand men. When the bounty hunter Yuga and Kyoshiro are thrown into battle, the medicine man's friendly personality retreats, and the world learns why Kyo is called a demon.