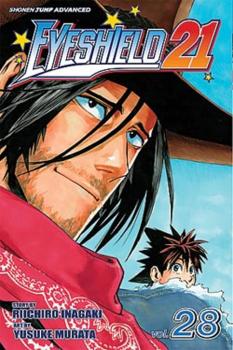 Other items in Eyeshield 21 manga US

Just as the manager for the Hakushu Dinosaurs is about to show Sena and Riku some footage of her team in an attempt to dissuade them from continuing in the tournament, the horrifically powerful Rikiya Gao appears and gets ready to smash everything and everyone. But Gao's scare tactics fail to intimidate Riku, who declares that the Wild Gunmen won't back down from their upcoming match. Known for injuring quarterbacks left and right, does Gao now have The Kid dead in his sights? 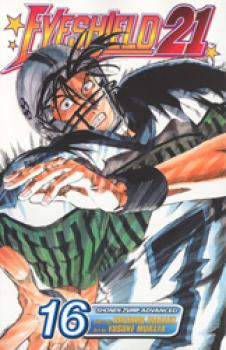