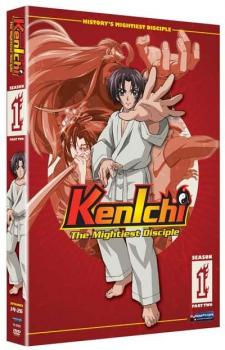 Other items in Kenichi Mightiest disciple TV DVD set US

When we last saw Kenichi, he was making the transition from wimp to warrior - okay, maybe no warrior, but he was definitely taking steps to man up.

Well, the world is starting to notice, which is good and bad. On the plus side, he's making friends and getting more respect. In the minus column, his rep is growing faster than his skills, which is tricky now that every thug in town wants to test his new techniques. That means between street brawls and trying to score with Miu, Kenichi still has to hang tough with the six Martial Arts masters. Lucky for him, the training is getting more tense - because before Kenichi can finally stand tall, he'll have to beat his fiercest opponent yet! 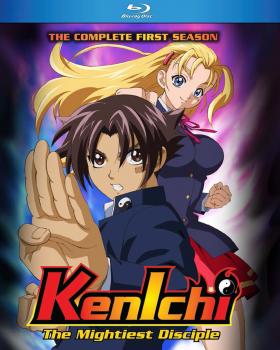 Even with 50 episodes, the comedy of Kenichi never gets old and you'll find that to be the case right up to the very last episode. Hell, sometimes you'll wish that they had more comedy than serious fights, because its that good.

All in all, Kenichi is one of those rare anime shows out there that is able to blend in comedy with the overall serious plot extremely well. One of the few qualms that I did have with this show was that the ending occurred a little to quick and you'll also wish that they gave more information about the history of each of the masters, as they provide you with relatively very little on each one of them. In the end, once you watch the final episode of this anime, it will take you five seconds or so to wish that there would be a second season to it