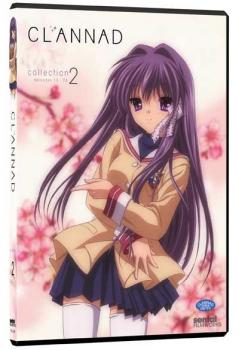 Other items in Clannad TV DVD set US

The second act begins...
...as the drama continues.

Against what seem to be insurmountable odds, Tomoya and Nagisa persevere with their goal of re-establishing the drama club. However, as the school year rolls on, they are beginning to realize that real life is far more complex than any stage play, and new friends and rivals appear to make everything more complicated: A strange visitor with an unexpected message enters to change Kotomi's life forever, Youhei's younger sister Mei arrives to turn everything upside down, and the odd Yukine reveals that she knows a bit more about the magic that surrounds the town than everyone else... almost too much, in fact! But, most magical of all, is the relationship that is slowly growing between Tomoya and Nagisa. Will they realize what's happening in time? Find out in the second spellbinding collection of Clannad! Episodes 13-24. 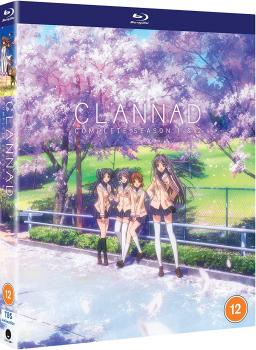 "drama with humour in between" by TobyornotToby (Netherlands) on Jul 15, 2009

Really touching, really dramatic, but with a lot of funny stuff in between. Most series can take a while to get into, but I found myself hooked on this one from the first episode! (something that rarely happens) It's a good buildup; first the laughing, later the crying.

And believe me, crying you will.

It's about a guy, Tomoya, and how he helps his female friends with their problems and hardships in life, which are really beautiful touching stories once you get into the anime.

Animation is cool, music is breathtaking... any downsides? The only thing I can think of, I must admit I find these official translations slighty inferior to some fansubs (like in the first episode, my favourite character, Nagisa's dad, makes up some pretty funny names for Tomoya, but they aren't translated on spot ;_; kills the joke)

PS: The whole structure about a protagonist helping people granting happiness reminds me of Majora's Mask.

PS2: Very similar to Kanon, I must say