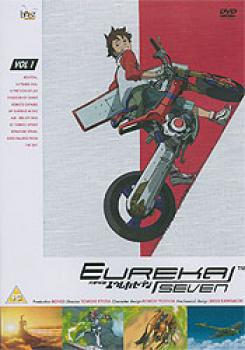 Renton is a 14 year old boy who find his life dull. his only passion is "lifting", a sport that involves surfing in the air on invisible particles called trapar. this immense adventure saga was made by an equally immense Japanese animation production team, who previously brought you titles such as cowboy bebop the movie and wolf's rain!<ul><li>Episode 01 - Blue monday
Renton is a 14 year old boy who finds his life very boring, that is until Eureka falls into his life...quite literally. He meets Eureka one day when she falls straight out of the sky...</li><li>Episode 02 - Blue sky fish
With the Nirvash in need of help, Renton flies off for the amita drive, a mysterious device his father left him. but will the drive be able to awaken the dormant power of the legendary LFO?</li<li>Episode 03 - Motion blue
Since he said goodbye to his grandfather, Renton helps Eureka even further,and is fascinated by her skills as she frees the Gekko-go as well as its crew from the grip of the army.</br><li>04 - Watermelon
Renton despairs because he is doing nothing on board the Gekkogo. however a «not entirely legal» mission washes away his worries and helps him understand the spirit of the Gekkostate.</li><li>Episode 05 - vivid bit
After being teased incessantly by Talho about his feelings for Eureka, a trip downtown for some shopping proves to be a learning experience for Renton.</li></ul>125 minutes 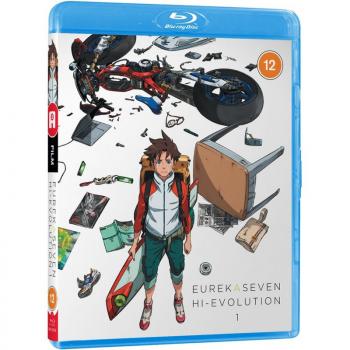