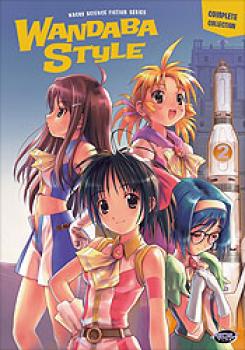 How far would you go to be a star?

Mix Juice, a hot new girl band, is managed by Michael Hanagata... a man who would do anything for success! But he's underestimated how serious the girls are about making their dream come true! No matter what he throws at them, they'll do whatever it takes to "make it!" And they'll do it with a smile.

Meet Sakura Haruno, a fallen child star who's selling her underwear on the internet; Himawari Natsuma, construction worker by day - enka ballader at night; Ayame Akimo, a ditsy folk singer with an entourage of invisible fairies; and Yuri Fuyude, a rock singer who's too tough for her own good. If anyone can survive the schemes of their self-proclaimed "Genius Manager," it's them.

But destiny takes a turn, when Mix Juice hooks up with Dr. Susumo Tsukumo, a boy genius scientist, who wants the girls to be the first band on the moon. Will their career soar or plummet? Will perky Kiku #8 keep them safe or drive them crazy!? One thing is for sure: there's never a dull moment when you're chasing your dreams Wandaba Style! 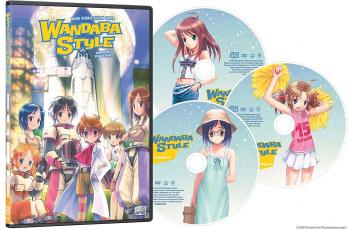