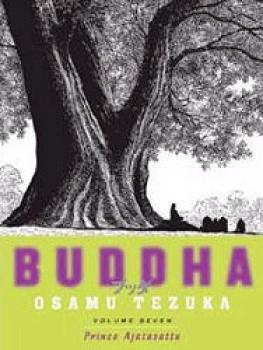 Other items in Buddha manga US

Prince Ajatasattu, the headstrong young prince, must reconcile with a prediction that he will murder his own father. He plans instead the assassination of the Buddha, blaming him for making his father believe this "bogus" prediction.

Meanwhile, the Buddha's closest disciple, Devadatta, sees a great political opportunity to step the Buddha up in politics while the king and the prince are at odds. He confronts the Buddha with his plan, but Devadatta's opportunism leads to his excommunication from the Buddhist community.

Throughout the backstabbing and assassination attempts, the Buddha remains steadfast in his mission to spread the message of the sanctity of life and love.