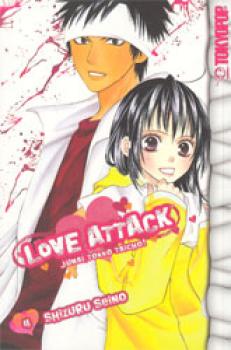 Other items in Love attack manga US

An all-out war is declared between Chiemi and Akio in which the victor would claim the glorious title of "Hirata's Girlfriend"! Even when Hirata steps in to mediate a truce between the two, Akio's sneak attacks continue to bombard Hirata and Chiemi, plaguing them with doubt and mistrust. Will Chiemi finally raise the white flag of surrender and abdicate her throne as Hirata's girlfriend?