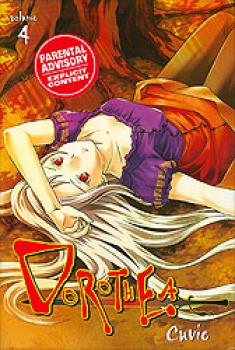 Other items in Dorothea manga US

Dorothea has to protect herself, her army and now Gyurk!

Dorothea helps lead an attack on an enemy fortress - but it seems they were expected. During the battle, she defeats Konrad, the hunter who seeks to make Dorothea the 100th witch he's burned, but is forced to leave him alive when the retreat call sounds. Then, as Dorothea and Gyurk hold off the enemy in a desperate attempt to buy their army time to retreat, Gyurk is badly injured. Dorothea must find shelter for him to recuperate - but is anywhere safe with Konrad on the loose?