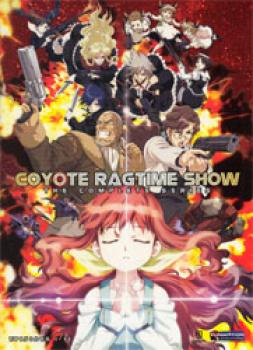 Insurrection will not be tolerated!

To prove the point, the government has set a big, bad bomb to blast Graceland right out of the sky! To make matters worse, The King is dead. However, before Pirate King Bruce died, he hid billions of stolen loot on the doomed planet. Now, the galaxy's most infamous criminal - a mystery man known only as "Mister" - has busted out of the slammer to get his hands on the booty before it's too late! Along with King Bruce's daughter and his band of misfit "Coyotes," Mister sidesteps government goons, dodges a hottie investigator who's on his trail and fends off a dozen android Lolitas who are programmed to kill, kill, KILL!

If it's capable of destruction or distraction, it's fair game in Coyote Ragtime show!