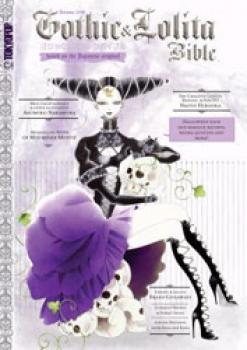 Volume 3 will contain original content as well as authorized translation of material originally appearing in Japanese volume 26, September 2007. The Gothic & Lolita Bible is a quarterly mook (magazine/book hybrid) that's a combination fashion magazine, culture guide, and art book. The Bible caters to fans of two separate but related fashions out of Japan, Gothic and-to a greater extent-Lolita. The Lolita look, a sweet, modest, Victorian-influenced fashion with origins in Japanese street fashion, has a particularly strong and growing fan base in the United States. The Japanese Bible has played in instrumental role in promoting and standardizing the Gothic and Lolita styles, and the U.S. Bible aims to achieve the same success in the American market, where there's a growing desire for more information in English.