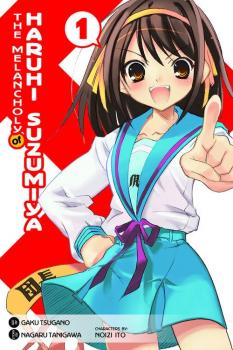 Other items in Melancholy of suzumiya haruhi manga US

It's average schoolboy Kyon's typical first day at an ordinary high school. Little does he know that his humdrum life is about to get a dose of the superfantastic thanks to fellow classmate Haruhi Suzumiya!

Are you ready to join the SOS Brigade?! 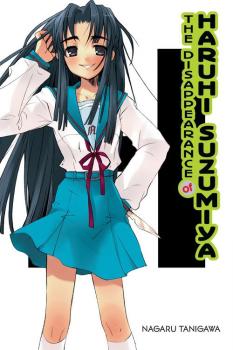 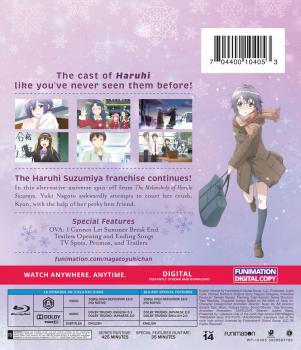 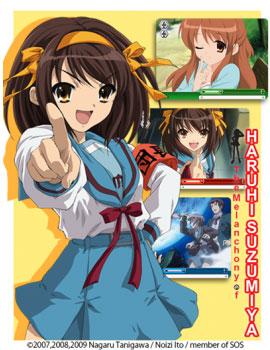 This is an absolutely amazing anime and manga-series. At first, it seems like your typical manga-story, slice of life. However, you'll be quite surprised that this story is actually kind of crazy. It has nice characters of all types and this series is an absolute must read. If I were you, I'd buy it already!

This manga is really great, it has a lot of comedy in it and a little bit science fiction, the whole story revolves around Haruhi Suzumiya and her special antics!

I picked up this manga since I liked a lot the animated series of 'Melancholy of Haruhi Suzumiya'. What I found was another of those few cases where the anime is better than the manga (which makes sense, being both adaptations of the novels). So, what's wrong with the manga counterpart of Haruhi?

Basically, not much of it will be in case you read the manga before watching the anime, which was not my case. The pacing seems just too fast. Things just seem to not sink in since the content is too 'crammed'.

The art is another thing that stands out, but not in a good way. While the covers drawn by Noizi Itou are amazing ( I love her art), the art throughout the manga seems uninspired. It tries to copy that of Noizi Itou, but most of the time fails to do so, especially on the male examples (the female counterparts often seem rather well drawn). Kyon almost seems a different person every three panels.

On top of that, people that watched the anime (I only speak of the anime because I haven't read the novels, which are pretty good from what I've heard) will find nothing new (at least on the first volume). It's the same thing, but not as good and not as funny.

So yeah, if you've watched the anime, there's not much to see here other than collect the cool covers illustrated by Noizi Ito. =P