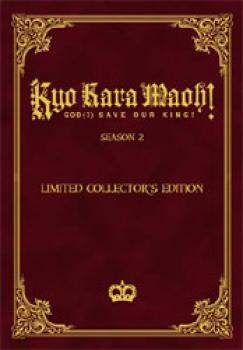 Other items in Kyou kara maou! TV Season 02 DVD US

The action continues with Kyo Kara Maoh! Season 2! Soon after locating "Hells Fire on Frozen Tundra", one of the Four Forbidden Boxes, in Francia, Yuri and his team are captured by Big Cimaron's army-lead by none other than Conrad! Yuri is deeply hurt by this betrayal, but to make matters worse, King Belar of the Big Cimaron suddenly shows up, ordering Conrad to execute Yuri. With Yuri out of the picture, Belar can easily conquer the Great Demon Kingdom and control the whole world. Conrad must make a decision - but it may cost his own life!<ul><li>Episode 40 - For our bonds</li><li>Episode 41 - Conrad's return</li><li>Episode 42 - A distant promise</li><li>Episode 43 - Baby panic at convenant castle!</li><li>Episode 44 - The phantom girl</li></ul> 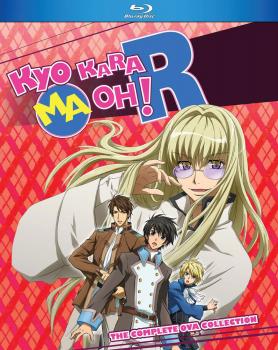