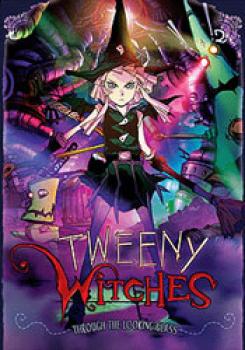 The time of destruction is upon us.

Arusu, Sheila, and Eva, in order to retrieve captured fairies, travel to the Warlock Realm with the help of the warlock Sigma. Entering Wizard Kingdom, they find themselves in a world that is very different from the Witch Realm. There, Sheila discovers the true state of the magical world, and then learns of a traitorous witch upon returning home. After the three witches reaffirm their bond, Arusu faces someone claiming to be her mirror while Eva taps a new power within herself. Meanwhile, in the background, witches are falling to a mysterious illness, and warlocks are preparing to mount an invasion.

Secrets are revealed, hidden pasts are uncovered, and intentions are unveiled as Sigma's words to the three witches ring true: "If you come, then you'll understand everything."