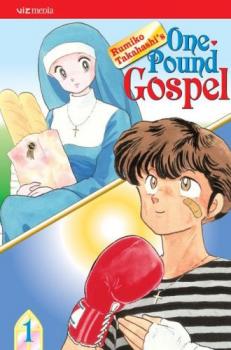 Other items in One pound gospel manga US 2nd ed

A talented boxer whose hunger for victory is eclipsed only by his ravenous appetite for hearty meals, Kosaku Hatanaka might have what it takes to be a true contender. Too bad his gluttonous gorging never fails to dash his hard-pressed coach's dreams of managing a champion. Can the virtuous (and really cute) Sister Angela, a novice nun with a soft spot for hard-luck cases, help steer Kosaku down the path to righteousness--and victory in the ring?!

Times are tough at Mukaida's Gym. Though a promising novice with a surprise win in his debut bout, Kosaku has since adopted a steady regimen of extremely unhealthy eating habits--enough to make his coach ready to permanently throw in the towel. Sister Angela hopes her teachings will help Kosaku see the error of his misguided ways. But will Kosaku's burgeoning feelings for the young nun undermine his ability to concentrate on training, fighting and binge eating? 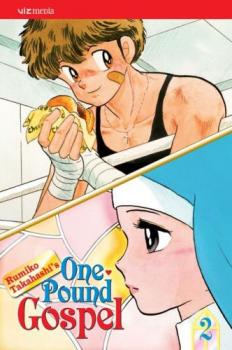