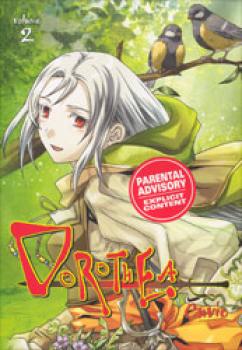 Other items in Dorothea manga US

When she finally gets her first taste of war, Dorothea is forced to kill for the first time. She's not able to shake off the experience, despite attempts to rationalize her actions as necessary. Later, she confronts a band of soldiers trying to loot a home and attack the widow who lives there. But her savior role is short-lived when she is forced to face the consequences of her earlier actions