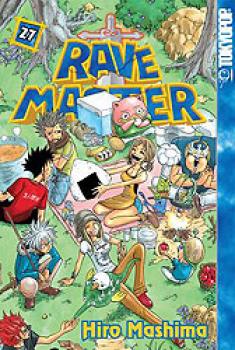 Other items in Rave master manga US

It's out of the pan and into the fire, as Belnika's latent magical powers save Haru and herself after falling off the Alter of Birth--only to have them both captured by native Sentinoids! While they fight for their freedom, Julie and Let fight for their lives as they battle Hardner and his hordes of seemingly indestructible henchmen. And just when things seem their bleakest, ndless itself crashes the party! Can the Rave Master stop the Mystic Realm from being destroyed?