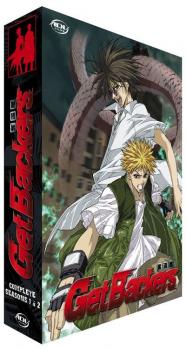 Everyone knows the feeling. Coming home and finding your home broken into. Your possessions thrown around. Dresser drawers ransacked. Everything you own having the unmistakable feel of a strangeer's fingers on it. The only thing worse than that is what isn't there: the things that once belonged to you that have been taken by creeps.

But now is not the time for despair. There's no time for anger. There's only time to call Ban and Ginji. They're the Get Backers and they live by a simple moto: "If it was taken, we'll get it back." No one will be refused. (At least not until that huge bar tab they've run up gets paid off!)

Prepare to meet your new heroes. The guys who will restore order where there is only chaos and justice where crime has run free. The dudes who will bring that cute stuffed animal back to its rightful owner.

They're the Get Backers. They're one phone call away and they're ready to take your case!

Both seasons in one thinpacked box! (1225 minutes) 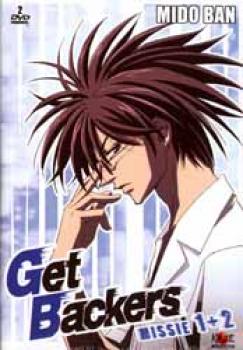