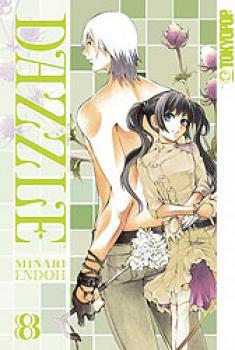 Other items in Dazzle manga US

After Rahzel's father kicked her out of the house to test her magic abilities in the real world, she embarked on the adventure of a lifetime when she joined the formidable Alzeid and his search for the woman who killed his father. They finally make it to the town where Alzeid hopes to gather clues--but will he like the answers he finds? The truth behind the night Rahzel was abandoned in the woods as a child is finally revealed--and at long last, Rahzel's father shows his face!