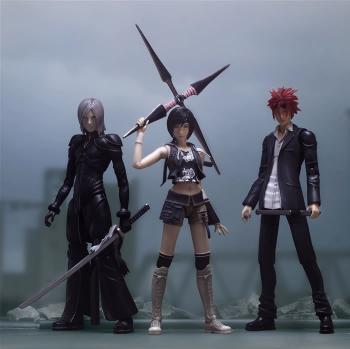 A Square Enix Japanese import! The long awaited second series of FINAL FANTASY ADVENT CHILDREN Play Arts action figures is finally here! The FF franchise continues to heat up following FFAC's big win at the 2006 Anime Awards as "Best Anime Feature", and this line is sure to be a crowd pleaser, as it includes all fan favorite characters that have been requested for years!

The leader of the Sephiroth Remnants, and main antagonist of the FFAC movie, KADAJ has been resurrected from the Lifestream and into your collection. He stands proudly in his soft material coat and trademark double katana called Souba. 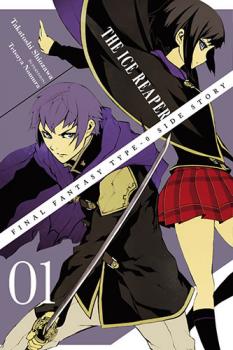 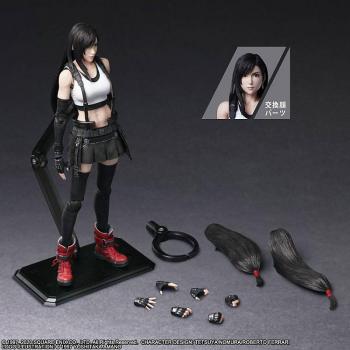 This figure really is amazing, perfectly painted with beautiful details, he can move almost everything, so you can place him in a various amount of stances.
His hair is beautiful too, it really looks silver instead of grey. (Sephiroth's action figure has the problem that his hair actually looks grey instead of silver XD)
Really worth buying.

I bought this figure a while ago and I still love it.
Its very detailed and completely worth its money.
I only have a small problem with placeing the sword in his hand, but other than that its perfect

i bought this figure a while ago, and i love it! the paintwork is great, but what do you expect? i almost bought every final fantasy figure here, so i would say it's worth buying!

Kadaj is probably the one character from the Advent Children line that was on everyone's must-have list, including mine. It's no surprise he sold out faster than Reno or Yuffie. But he has some issues that keep him from being as good as some people might've hoped.
Overall, he shares a lot of the good aspects from the other figures in the Play Arts line. Packaging is very good, keeping the figure protected from damage while also serving its purpose to MIB-collectors.
The sculpt in general is really good, and a great likeness to how he appeared in the movie. The all-black leather outfit tends to conceal all the little details a bit, but the folds and creases in the outfit give it a realistic leathery appearance.
The face could defintely have used a bit more expression though as it now suffers from the Sephiroth Stare.
Paint, where present, is good. There's some silver accents on the zippers and belts, but that's pretty much it as far as paint goes. A nice detail are the cat-like eyes Kadaj also had in the movie. It's small touches like this that make Play Arts as good as they are. Where they messed up though is at the lips. They're not painted, just the same pale color as his skin. Also the sword's hilt is supposed to be in blue wrappings, but here it's black. With so much black already on the figure it would've been nicer to have the hilt in blue, if only to accentuate it.
Articulation is good, but he's a bit limited in his shoulder & hip joints due to his outfit. The hip joints are especially tight.
Finally, accessories. There's his double bladed Souba sword, obviously. And as mentioned the hilt should've been blue. Also the 2 sashes hanging off it are kind of annoying and extremely fragile. Then there's the sheath, which is a joke. It's not often a figure comes with an actual functional sheath, but when they do it should at least look decent. This thing is just a square tube, looking as basic as it gets. In the movie it has some minor decorations and a gold lining. This thing is just plain ugly. Also it's on a thin strap attached to his back, meaning it's likely to tear. And don't put the sword in too far or it'll get stuck and you'll risk pulling the hilt off of the blade area.
Finally he comes with a bunch of hands. A right fist, an open right hand and THREE open left hands. Why three? One of them is just plain open, the other two have a peg on the inside to hold the sword better. Accept it doesn't work. The hands are too small and you risk either tearing the hand apart, or breaking the hilt.
Don't get me wrong, it's still a figure worth picking up and probably sooner than later as it's likely to sell out fast. But both Yuffie & Reno are a good deal better than Kadaj.