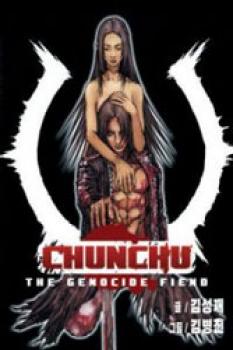 Other items in Chunchu The Genocide Fiend manga US

Chunchu is a sullen, dark figure. Hunted for the bounty on his head, with the blood of hundreds on his hands, and hated by his own comrades--it's easy to see why. But it's not his fault that he's impossible to kill and thirsty for blood. It's his brother's fault. It was his own brother that planted the demon stone in Chunchu, while the two were just babies. So now Chunchu lives as a man possessed by a curse, fighting for a kingdom that should be his to rule.