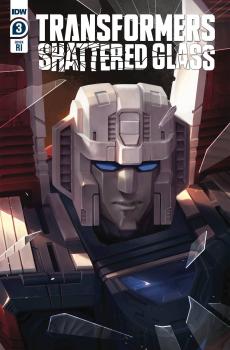 Shattered Glass isn't your average Transformers tale… 'Shards' is the story of the ongoing battle between the power-hungry Autobot autocrats and the freedom-fighting Decepticon laborers. Join author Danny Lore (James Bond, King in Black: Captain America, Champions) in exploring this fractured alternate universe just before it shatters. In issue #3, Starscream seeks out more Decepticons to prevent another war that could destroy Cybertron, but memories of the past haunt every step. As the Autobots close in, Starscream must decide between peace for his planet and his former best friend.
(W) Danny Lore (A) Guido Guidi (CA) Sara Pitre-Durocher 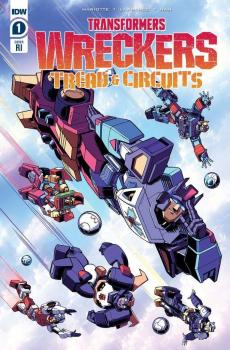