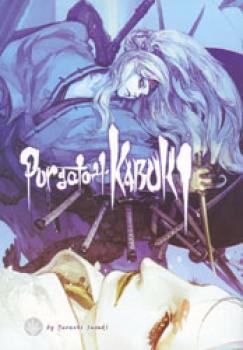 Purgatory Kabuki is a samurai action story set in the underworld of the afterlife. For reasons unknown, former samurai Imanoturugi is obsessed with leaving the afterlife. To die in battle is a samurai's greatest honor. Yet, he must claim 1,000 swords from the fallen warriors who now share residence in the dark underworld. By these means alone, this highly skilled blades master will be allowed admittance back into the living world. But to what end? Upon what stone purpose does he sharpen his edge? The story borrows heavily from various Japanese legends and myths. A skillfully mixed bag of action, suspense, classic ukiyoe style art and intrigue... 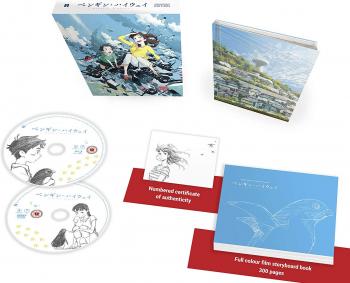 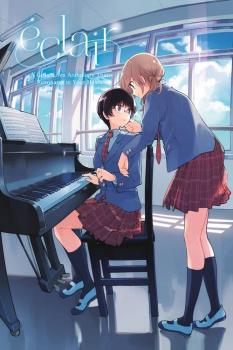 Yasushi Suzuki is best known for his design and illustration works for cult favorite games from Treasure, such as the seminal Ikaruga. With Purgatory Kabuki, he tries his hand at writing manga for the first time, and the result is interesting, if frequently confusing.
Purgatory Kabuki takes place in a sumptuous rendition of the Japanese underworld. It's a dog-eat-dog world down there, where brutal sowrd duels to the death are the order of the day. We follow the exploits of Imanotsurugi, a wandering samurai with a tongue-twister of a name. He pledges allegiance to a child-like demon named Enishi and embarks on a quest to collect a thousand swords from slain opponents.
That means we're in for a lot of hacking and slashing action against a multitude of bizarre denizens of the uderworld. Which would be fine if it wasn't for the at times baffling confusion that reigns in Purgatory Kabuki's pages. Suzuki packs his panels very densely with visual information. However, even taking the time to absorb every little thing that's been crammed into each page, it is sometimes nigh-on impossible to make sense of what is going on. The 'flow' of actions is often far from clear, reducing some of the manga's duels to just a meaningless flurry of images.
This being an exotic world of the dead, you would expect strange things to happen, and they do. Characters inexplicably change shape or even teleport to modern-day Kyoto for a few pages. However, the manga's porblem is that it's confusing when it shouldn't be, failing to make sense of straightforward actions or events.
Despite this noticeable flaw, Purgatory Kabuki is an intriguing manga. The beautiful art, richly packed pages and otherworldly setting are nothing if not different, and I'm very curious to find out what wierd events are in store in the second volume. Here's hoping the storytelling will also improve in further volumes.