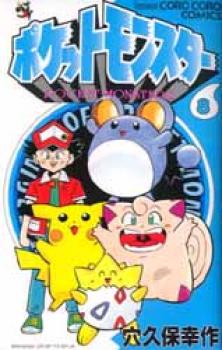 Other items in Pokemon manga JP

This manga series is based on the phenomenally popular Pokémon Gameboy video game. Pocket Monster trainers are held in high regard and every child dreams of growing up to be one, a dream which young Satoshi will soon live as he captures his first Pokémon, the pink creature called Pippi! Together, along with Pikachu, they embark on madcap adventures of comical proportions. Art by award-winning Kosaku Anakubo. 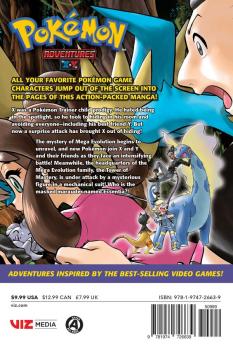 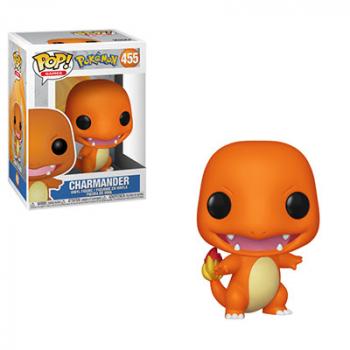 I'm surprised Japan hasn't sunk beneath the sea under the sheer weight of different Pokemon manga they've published there. I can only assume this one is supposed to be a parody of sorts, poking fun at Pokemon in general and sprinkling lots of other gags on top. Only it doesn't work at all.
In this manga, Pikachu isn't the Pokemon of choice. Instead, a fat, loud-mouthed pink Pippi is the main focus. He travels around the world with Satoshi and gets involved in all sorts of wacky hijinks. These wacky hijinks might just be entertaining if you happen to be a five-year-old with an anal fixation and the ability to read Japanese. See, Pippi's adventures are pretty dopey to begin with, but things invariably degenerate into sad toilet humor after a few pages. One fart gag is fine, twelve fart gags get tiresome. And twelve fart gags in between the sight of a badly-drawn Pikachu taking a dump is sheer mental torture. Juxtaposing the cutesy world of Pokemon with coarse humor might have been funny if done right, but this ain't it. The constant barrage of juvenile poo gags that this manga revels in stops being funny almost right off the bat. Instead of amusing, it's just shrill and stupid. The manga is further hampered by absolutely awful art. Everyone looks bizarrely angular and character's faces are universally butt-ugly. The art is just like the story; there isn't the merest hint of intricacy or good taste to it. It's an ugly mess, whichever way you look at it.