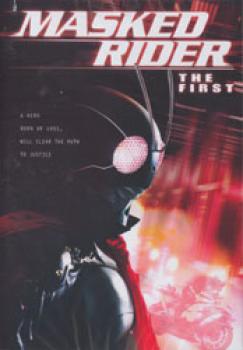 Takeshi Hongo is a person of extraordinarily keen intellect - a young man with great promise for the future. But that future is snuffed out by a secret society called Shocker. They use reconstructed humans in all manner of experiments in an attempt to take over the world. Hongo is made into a reconstructed human with the abilities of a locust - Masked Rider 1. However, through sheer luck, Hongo realizes that he is being controlled by evil and can never return to his original form. Meanwhile, Shocker views the escaped Hongo as a traitor and sends off a new reconstructed human after him as an assassin. The assassin has the same powers and appearance of Masked Rider 1. His name is Hayato Ichimonji Masked Rider 2. But with their opposing powers there is no conclusion to the fight and they only succeed in hurting each other. Growing impatient with Ichimonji, Shocker orders reconstructed humans Snake and Cobra to murder not only Hongo but also the headstrong Ichimonji.