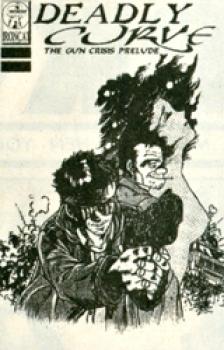 Ironcat is proud to produce more of world-renowned manga artist Masaomi Kanzaki&#39;s (Xenon, Street Fighter II, Ironcat) work, world renowned for its cinematic feel and kinetic energy. This is the prelude to the previously released three-part mini-series, tracing the story of Konosuke Inagaki, the rogue cop who becomes head of the elite-fighting forces unit &quotAkatsuki.&quot In this first issue, lunch at a local restaurant turns deadly when a gang of crazies decides to hold up the place. Inagaki takes matters into his own hands, the consequences of which lead him down the road of corruption, drug dealing, and dead bodies! Also included will be special work by the artist for this new edition!