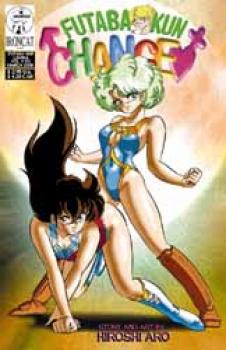 The thirst to avenge the defeat of their younger Sumo brother has brought sisters Anzu and Karin into the ring for a tag team grudge match against Futaba-chan and Misaki. Sounds straight forward enough, but remember this is the crazy mixed-up world of Komatane (literally "big trouble") High School where all things aren't what they seem. You'll just have to check this issue out for yourself as it would be a shame to give away the ending. Pretty daring, never ordinary and always hilarious FKC is the gender bender action/comedy that you've been looking for!