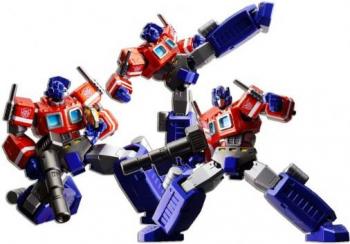 REVOLTECH is an innovative ball joint system that allows the figure to be manipulated into any kind of dynamic and realistic pose unlike any other PVC action figure. 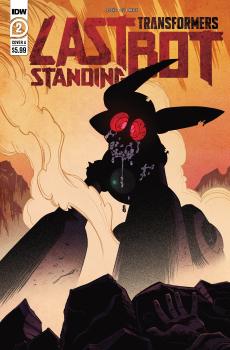 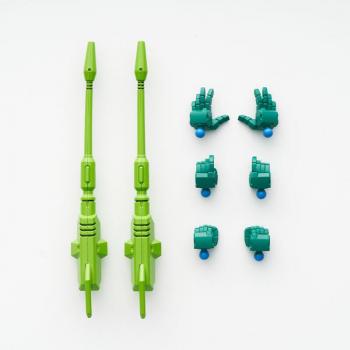 I made a review on Youtube of this figure. if u would like to see it, Heres the link to my Userspage:

Because of the name of the series, most fans tend to call anything that doesn't transform "not a transformer". If you're one of these fans, you won't end up liking any of the Revoltech transformers, as these focuse completely on giving you a figure that looks fantastic when displayed. The new revoltech joints allow for a high amount of posability without wearing down like Balljoints, cutjoints or ratchet joints. The figure's appearance is completely based around Pat Lee's comic design, giving him a very stylised, humanoid design. The figure also comes with his traditional ion-cannon, several different attachable hands, and of course, the Matrix of Leadership. All this makes for a greatly posable, awesome-looking figure with sweet accesories. There is but one problem with the figure: The pegs that connect his hands to his wrist are known to be unfairly tight, sometimes resulting in them breaking when you attempt to swap them out.
So if you're the kind of fan that buys Transformers for display only, pick this up. If not, leave it.

As a newcomer in the Revoltech figs' world, my only experience was Hot-Rodimus.I was pretty satisfied except for some little issues with the hands joints too hard to pull...

Since I dreamt to have an Optimus Prime fig for a long time, I chose the Revoltech option: low price, nice sculpt and pretty close to the Dreamwave Gen One look. So I ordered one, and here's what came out of the box.

The good: As I said earlier it's pretty close to the Dreamwave-designed Optimus, Pat Lee's art 's truly "alive" with this fig. the sculpt is grand (the head's a true work of art), the paintwork is nice, and the alternative hands are pretty well done. Plus the fact of having the Matrix

The bad: It is an already old fig in the Revoltech series, and it feels so! Some joints (not the Revoltech ones) are kinda lose, but that's not really catastrophic, just a bit annoying at worst. The fact of lacking a V-shaped base is another detail, I wish there was one, but once again, that's not truly a problem, as Prime is well balanced on his feet.

The ugly: The gun looks great, as long as you don't try to remove it from Optimus's hand... I had the bad surprise to see the handle separate from the rest of the gun. Seems that the weapon was poorly designed after all... Besides, the dreaded "hard to pull" hands are back, but it looks like it's a Transformers problem, since the forearms are massive and fists are kinda hard to grip. I've got a VF-1S Strike Valk', and those hands are working like a charm...

So, I'd give 3 stars to that fig, it's not bad at all, but Optimus has his share of problems in this one (... besides the usual ones caused by the Decepticons ;) )