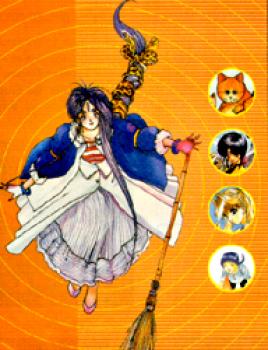 Here it is: the best value in comics! Five never-before-translated features every month in a fat, 128-page issue, for just a buck or two more than a regular comic book! Regular features beginning this issue include rare, early Oh My Goddess! episodes (not included in the original Dark Horse series); the long-awaited return of 3x3 Eyes; and the award-winning, all-ages What&#39;s Michael?; plus two features never before published in the US: Shadow Star, the story of an innocent young girl whose life is changed forever when she&#39;s caught up in a battle between competing alien factions over the future of Earth; and Seraphic Feather, a science-fiction drama filled with action and intrigue. Plus, as a nod to our hard-core manga fans, SMB! is presented in a thick, stapled format, just like traditional Japanese comics.