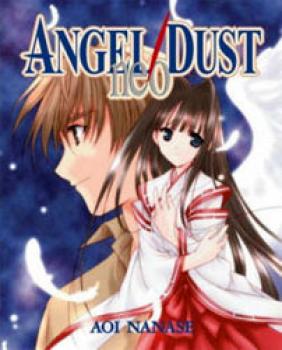 Little Akido knows that an innocent prayer at a shrine would turn his simple existence upside down. Suddenly a bevy of cute gals comes into his life - some claiming to be Emulates that want to "make a contract" with him!

This is the sequel of Nanase Aoi's other one-shot, Angel/Dust. Mind you, those characters aren't coming back in this one, save for a couple of vague hints here and there.

Thing is, Angel/Dust Neo is described as a one-shot, but the ending leaves me totally unsatisfied. There are a lot of characters introduced, an interesting plotline, and then... Bam. The End. Nothing More.

Since I've found nothing that indicates that there will be more volumes somewhere in the future, I guess that this is just it.

I love Nanase Aoi's work and her way of drawing, and that's exactly why this manga gets two stars. If you're looking for a one-shot with a "closed" ending, then I should look somewhere else. But if an open ending doesn't bother you and you're just looking for a sweet manga with nice characters, then I could recommend this one. ^^

This is actually an unfinished manga and I haven't seen any more japanese volumes so I wonder if the author gonna finish it?
Because on it's on it falls flat! The story is strange and you don't really get any explanation on why this 3 girls pop out and want to sign a contract with Akido.
It's thin and in a strange format (don't fit in my bookcase!)
The only plus is the lovely artwork .