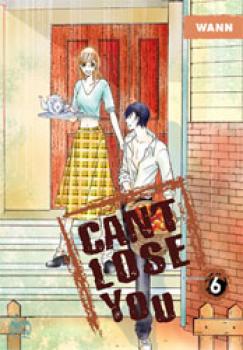 Other items in Can\'t Lose You manhwa US

Gaon will do anything to protect his new love, Yooi. This would be easier if her grandfather, Senator Yoo, was not trying to kill her. It would also be easier if Lida, Gaon's ex-fiancee and Yooi's twin sister, was not trying to kill them both. Hiding out is an option, but for how long? Grandfather is not a patient man. The pursuit leads from tender beaches to crowded airports; from high-speed chases to rickety rope-bridges; from bad dreams to poisonous rings; from fake passports to loaded guns; from death beds to new beginnings.

Where is loyalty once everyone's life in on the line? What loves will be found, what hidden hate will come to light? Where does fate give way to freedom? Whose name is in LIya's heart, where has Nao gone? All secrets are discovered, and one thing is certain: not everyone will survive. Don't miss the final volume of this action-packed affaire de coeur, this globe-trotting battle between emotional riches and moral bankruptcy.