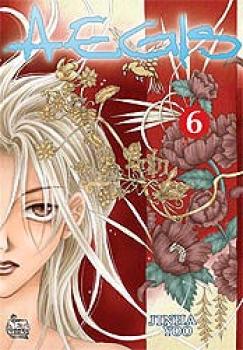 Other items in Aegis manhwa US

A grand-scale masterpiece of life in a dystopian future, Aegis paints a picture of the love and friendship between orphans Jino and Izare. Having gained independence from Revro, the earth secretly trains an army of boys. Jino and Izare are abandoned to the camp, and Izare silently sacrifices himself to keep his promise to Maria that he'd look after Jino. But Jino escapes the soul-killing cruelty of the camp. With Jino in his heart, Izare remains to become an ultimate weapon. The boy's lives, and the secrets of the mysterious Maria, gradually unravel in this epic Sci-Fi drama.