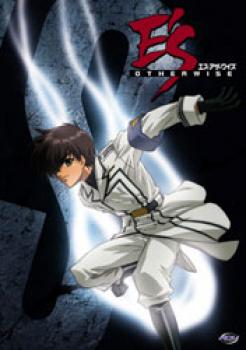 In the near future, the planet is run by a federation of twelve powerful corporations. And amid the general populous are psychics - metahumans capable of converting thought into energy. People with these mutant abilities are known as "E's," outcasts with the power to control the world. Or to save it. Kai awakens in Ashurum, a military contractor that has put together an elite special forces team of E's called AESES to bring about law and order. But when Kai is sent to wipe out an anti-corporate guerilla outfit from the slum town Gald, he discovers not all is as it seems.
With unforgettable characters, electrifying animation by Studio Pierrot (Saiyuki) and a snake-twist plot, R's Otherwise is a psyched up, psychic classic.

Now available for the first time in a complete edition, this value set includes all twenty-six episodes of high-energy psychic mutant action!