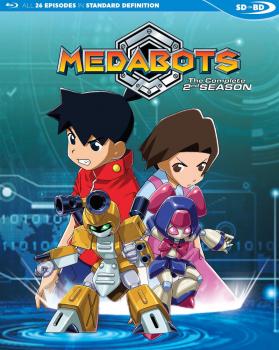 Medabots Season 2 contains English language episodes 27-52 of the anime directed by Tensai Okamura in standard definition on a blu-ray disc.

BACK IN THE ROBATTLE AGAIN!

The Robattles continue in season 2 of Medabots! Ikki and Metabee have defeated the Rubberobo Gang once and for all and have earned their place on the Japan World Robattle team. But is the Rubberobo Gang really gone for good? Erika sights an UFO, it turns out the aliens aboard are really the Rubberobo Gang. Have they been aliens all along?

All the world's a stage and the Medabots and their Medafighters are taking the starring roles. The World Robattle Tournament has finally arrived! It's time for TeamJapan to step up and prove that they are second to none. But it's not going to be easy. 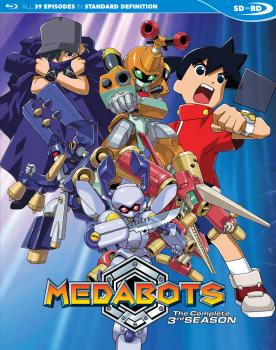 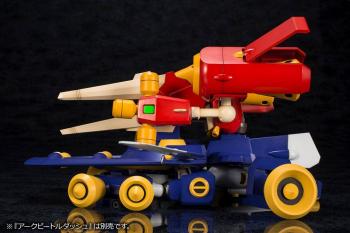