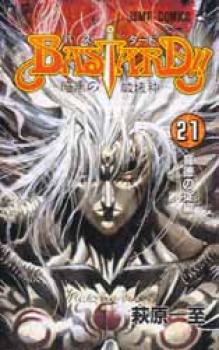 When a rampaging god throws the world into chaos, people forsake technology in favor of mystical arts. Five magicians set out to rebuilt the world into an utopia, but the reckless leader , Dark Schneider, is captured by clerics and imprisoned in the body of a young boy. Fifteen years later, the remaining magicians continue their world domination and the clerics revive Dark Schneider to protect them from his former comrades, but the once amoral Dark Schneider seems to have been changed by his years of imprisonment. Will he choose to confront his former comrades? An excellent analysis of human civilization and the effects of its absence presented by Kazushi Hagiwara.