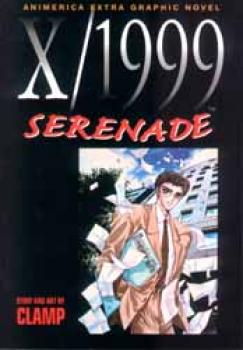 From the pages of Animerica Extra comes an apocalyptic occult fantasy by the creator of Magic Knight Rayearth! Kamui, a young man with awesome psychic powers, has returned to Tokyo to face his destiny. Now two sets of occult forces want him as their pawn: the Seven Seals, who protect the mystic symbols embodied in Tokyo, and the Seven Harbingers, who want to destroy the city - and the Earth. While the Harbingers mount an assault on the shrine of the blind priestess Hinoto, Kamui flees to visit Kotori, his childhood friend, who does not realize his powers. But a hunter is on Kamui&#39;s trail.