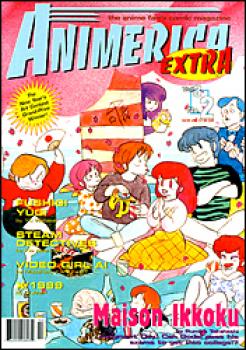 The best manga the way it was meant to be read-as serialized stories in one huge 128-page manga anthology! Plus, each issue contains fan art; manga, anime and convention reviews and reports; and much, much more! X/1999: A vision of her mother&#39;s death throws fragile Kotori into shock. Kamui struggles to bring her back to reality but now that Kotori knows the truth, will she ever be the same? Steam Detectives: The Dragon of Steam City still stalks the metropolis, and news reporter Amanda Rose is on the scene. Video Girl Ai: While Yota broods over Ai&#39;s date with Takao, Moemi finds herself ostracized by the other high school girls for going out with Takashi. Fushigi Yûgi: Nakago and the other Qu-Dong warriors hold Miaka and Yui at spearpoint. Can Tamahome rescue them? Plus, the debut of a new secret title!