Star wars The return of the Jedi vol 04 GN 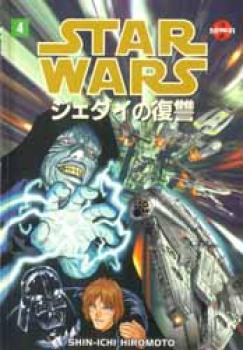 Star wars The return of the Jedi vol 04 GN

You thought it couldn't get any worse after Darth Vader told you he was your dad. But now he wants to introduce you to his boss, the evil Emperor Palpatine. Lucky for you, your friends are outside trying to blow up the very Death Star you're currently standing in . . . Something tells me you've had better days than this. Join Luke, Darth, Han, Leia, and Artoo in the fourth and final volume of Star Wars: The Return of the Jedi --MANGA! The only Star Wars adaptation that can be used as a seat cushion while waiting in line for Episode I! b&w, 96pg