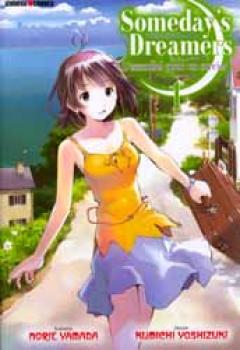 Since most people don't speak french, i'll do the review in english.
This manga looks really good, the first few pages look like stills taken from an anime (though they're in black and white).
Though the manga looks really good, storywise it's quite boring actually. I got the feeling the story didn't go anywhere, it was a bit slow.
I'd say it's a good manga if you've got nothing to read for the moment since it's only 2 volumes, but apart from that I wouldn't really recommend it.