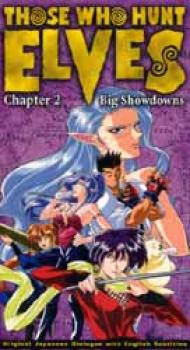 Ready...aim...STRIP!
Having found one piece of the spell, our fearless foursome is on the road to find the others, whatever it takes. They first set their sites on Diall, the elven mayor of a town under siege by terrorists. It would be easier if Junpei&#39;s &quot;wild and sexy&quot; T-shirt design didn&#39;t look so much like the terrorists&#39; skeleton banner! elsewhere, they find themsleves on the trail of a kick-boxing elven thug who has a chip on her shoulder and a strange design on her back. She&#39;s under a curse to defeat 1000 opponents, and she&#39;s already up to 999. Who better than Junpei to knock her into the next millenium? It&#39;s just another day in the lives of THOSE WHO HUNT ELVES! 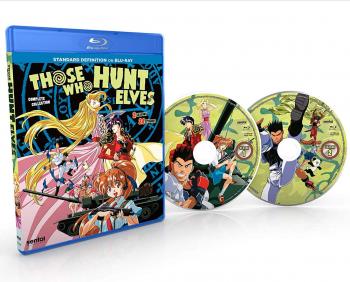