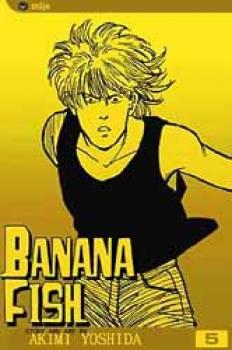 Nature made Ash Lynx beautiful; nurture made him a cold, ruthless killer. A runaway brought up as the adopted heir and sex toy of crime lord "Papa" Dino Golzine, Ash has forsaken the kingdom held out by the devil who raised him, but "Papa" can't simply let him go - not when he knows the hideous truth about a drug that drove Ash's older brother mad in Vietnam. In search of more information about the substance, Ash flees to Los Angeles with a band of allies, where he clashes with Yau-Si, an alluring and duplicitous young assassin. Drawn in by Yau-Si, one of Ash's so-called allies betrays him to the Chinese mafia. Once again Ash is handed over to the rapacious Dino Golzine, who will do anything to cash in on the enigma code-named Banana Fish... Epic in scope, and one of the best-selling shôjo titles of all time in Japan, Akimi Yoshida put an electric shock into the genre and gained a huge crossover audience through Banana Fish¿s stripped-down, non-stop style.