The destinies of two people, along with the fate of the world and its inhabitants, are about to become intertwined when, on a rainy night in California, Osamu unearths a capsule that holds a mysterious green-haired figure. He soon finds himself in the middle of an intergalactic power struggle, as warring factions of vampire aliens descend to Earth. On one side are those who seek to use the green-haired alien - Kimera - to repopulate their dying race. On the other side is Kimera¿s former mate, who wishes to kill the green-haired figure. Will humanity face total destruction, or will Kimera be killed, ultimately saving the world? Find out in the thrilling first volume of Kimera. 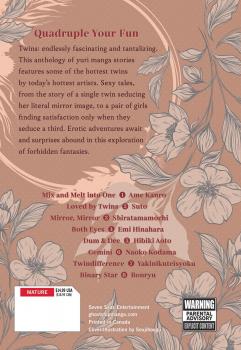