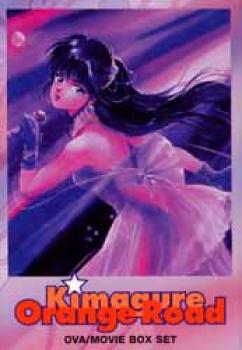 Kyosuke's just your average high-school kid - except that he and his whole family are CURSED with psychic powers. It goes without saying that the last thing they want is for anyone to find out about the family secret. The jig would be up, and they'd have to leave town - so they'll go to extremes to keep everyone in the dark.

Meanwhile, Kyosuke has a problem that most teenagers would pay to have: two pretty girls are in love with him. Hikaru knows she loves Kyosuke, and she's made sure everyone knows it. On the other hand, the mysterious and beautiful Madoka thinks that she loves Kyosuke, but she doesn't want anyone to know it - even Kyosuke!

Poor Kyosuke can't decide who he really loves, and his psychic powers are much better at getting him into trouble than they are at getting him out of it! Which means that things are never dull on Kimagura (Whimsical) Orange Road.

This special box set contains 8 OVA episodes plus the series-ending motion picture.<UL><LI>OVA disc 1 contains:<UL><LI>I was a cat, I was a fish
a magical rope causes Kyosuke to swap souls, first with the family's pet goldfish, and then Jingoro, their cat. When he's found by Madoka and Hikaru, he gets a private lesson on how girls behave when they're alone. <LI>Hurricane! Akane the shapechanging girl
Kyosuke's tomboy cousin Akane (who has the power to impersonate anyone) comes to visit - and falls in love with Madoka! <LI>White lovers
the gang visits Kyosuke's grandparents in the north of Japan for a skiing vacation, but an ancient curse causes an avalanche of trouble. <LI>Hawaiian Suspense
a vacation in Hawaii goes awry when Hikaru is mistaken for an heiress and kidnapped! When Madoka and Kyosuke try to rescue her, things get out of hand. </UL><LI>OVA disc 2 contains<UL><LI>Stage of love = Heart on fire! Spring is for Idols
Hayakawa, a famous singer, comes to town to host a battle of the bands. A head-on collision with Kyosuke results in the two swapping bodies, and Hayakawa wastes no time in putting the moves on Hikaru and Madoka! <LI>Stage of love = Heart on fire! Birth of a star
Kyosuke tries to convince Hayakawa not to talk about his experience and races to find Madoka and get her to the contest in time. Fortunately, he can teleport... <LI>An unexpected situation
Akane suckers Kyosuke into pretending to be her boyfriend to impress her friends.<LI>Message in Rouge
Madoka runs away from home because she believes her father is cheating on her mother. What will Kyosuke do when she asks to stay the night? </UL><LI>The movie disc
On a brisk day in early spring, Kyosuke and Madoka walk together on the grounds of a university, on their way to the signboard that will tell them if they have passed the all-important entrance examination. A chance comment is overheard, and Kyosuke's thoughts range back ... to the previous summer, when he was struggling to prepare for the examinations, amid the myriad distractions of youth ... to the previous summer, when he and Madoka finally came to grips with their feelings for one another ...to the previous summer, when he tried not to break Hikaru's heart ...</UL> 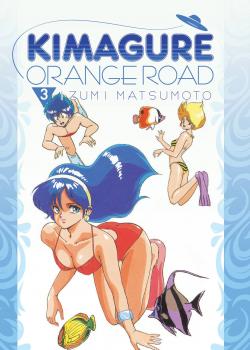 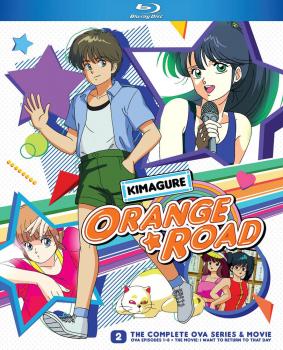