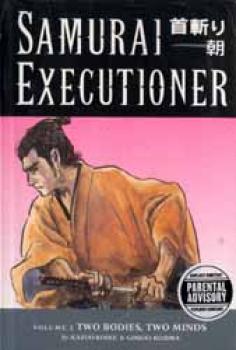 It's the same classic style you came to expect from Koike and Kojima. The same tale of an honorable samurai and a similar great sword in the hand of a similarly fantastic swordsman, but make no mistake, Samurai Executioner is very different from its brother, Lone Wolf & Cub, sometimes frighteningly so. In a prison world, there are few good stories, and this is the world of Kubikiri Asa, the beheader and master samurai under the Shogun. It's a world full of vengeance, greed, and violence. A world of depravity and sin. One man can set things straight if he can keep his wits. This is a story of extreme proportions, of sword study thick in tradition and with grim purpose, of blood rivers, agonizing screams, bondage, torture, and the evil prevalent in human failure. Drafted by the confirmed masters of the international medium of manga, Samurai Executioner is a shocking combination of darkness and fire, fine lines, and a fine man in the face of human decline. 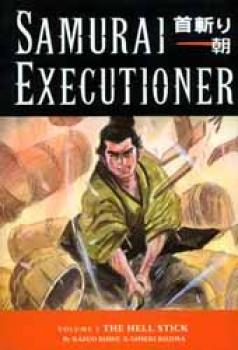